Legion and a move that secured its future

Legion is a game server hosting company specialising in providing the best environments for sandbox video games, where players are able to explore and build worlds. Crucial to Legion’s success is its ability to provide subscribers with a superior gaming experience by offering additional benefits such as unlimited player profiles and minimal lag. Not only does this represent a win for its gamers, but also for the game studios who are able to service a cohort of gamers with more advanced gaming needs.

Such are the demands of contemporary gamers and the spontaneity with which game studios can suddenly scale when a new title is released, Legion was faced with a pressing challenge – identifying a server infrastructure that could handle such workloads and sudden needs for scalability.

Although this challenge was new for Legion, they weren’t alone: ServerSurfer was a company that had offered a similar service to Legion and dealt with the specific needs of gamers and game studios by bolting on upgrades to its server infrastructure as and when they were required.

But ServerSurfer’s infrastructure hadn’t worked. The rumour was that it had collapsed under the weight of its own complexity and put ServerSurfer out of business. Legion needed to ensure it did not face the same demise.

Given the growing size of its cloud server infrastructure and the knowledge that a server upgrade here and there could lead it down the same path as ServerSurfer, Legion took the bold decision to move to a new data centre that was able to offer a different approach – bare metal servers with cloud flexibility.

Within a month of the migration being complete, one of Legion’s partner game studios released a new title that became a viral sensation and gamers began subscribing to Legion en masse. Whereas this would have once been a cause for panic, with its new hosting provider’s ability to scale on demand and handle unpredictable workloads, Legion’s new provider calmly deployed extra servers and activated nodes more quickly than anything the business had ever seen. Moreover, through the data centre’s API, Legion was able to automate a complex network configuration that ensured each gamer had their own dedicated IP.

With a global footprint, Legion’s new provider helped the business expand its network across the world – even to gamers in regions that had previously been left to endure poor quality gaming experiences.

Today, Legion is recognised as one of the leading game server hosting companies for sandbox games anywhere on Earth. Able to accommodate the preferences of even the most demanding gamers, and with the ability to scale in line with the most popular titles, the business represents a compelling tale for any organisation operating under the false impression that bolt-ons are the route to success.

Bolt-ons may be quick, they rarely turn out to be easy

Nodecraft is a real company with a business model similar to the fictitious Legion. Pre-empting the kinds of issues that can emerge when upgrades are randomly bolted onto servers, Nodecraft worked with Servers.com to implement an alternative option. 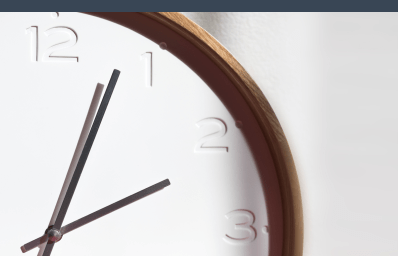 Server health check 5: problems take too long to sort out

The business acquired a healthy market share by offering generous odds and banked on retaining this market share by developing the best user-experience the industry had to offer.