Why Web3, subscription services and security will dominate gaming headlines in 2023

Servers.com · Why Web3, subscription services and security will dominate gaming headlines in 2023 – servers.com

In 2022 the gaming industry was, in many ways, defined by the years that had come before it and still struggling with the aftereffects of the pandemic.

While gaming fared better than most out of the pandemic, even the biggest studios were forced to delay key developments and announcements. The chip shortage that’s rocked several sectors has only recently begun to tail off, with supply chain issues for major consoles – most notably the PS5 – only just beginning to ease.

Thankfully, recovery has begun. The worst has passed, though rectifying the supply chain is proving a slow and uneven process. Now there’s a global economic downturn to contend with, and it remains to be seen how this will impact the sector.

Morgan Stanley’s European Media team analyst Omar Sheikh comments: “Game sales have proven resilient to economic down-cycles”. After all, some of the biggest games on the market including Call of Duty Warzone 2.0, Overwatch 2, Fortnite and League of Legends all have free-to-play models, and it could be argued that spending $70 on God of War Ragnarök is far more value for money than $70 on a night on the town. But it also means less money in the pockets of gamers and tighter budgets for developers and publishers, which are sure to impact the industry.

High scale mergers and acquisitions continued to shape industry news last year, most notably Microsoft’s announcement of intent to acquire Activision Blizzard back in January 2022 for nearly $69bn, only for the US Federal Trade Commission (FTC) to formally oppose the action in December.

In hardware, new graphics card developments led to an increasing number of new and existing titles featuring ray tracing in their games, and the February release of the Steam Deck by Valve took PC gaming mobile (though the jury’s still out on how impactful this will be long term). New ‘slim’ or ‘pro’ updated models of the PS5 and Xbox Series X/S will undoubtedly hit the market soon – whether in 2023 or not remains to be seen, leaving many gamers unsure whether to buy now, or hold off until the latest shiny new tech hits the market.

Looking to the year ahead: 2023 gaming predictions

But how will 2022’s developments influence the shape of the industry heading into 2023? Our gaming expert Jarrod Palmer shares his thoughts on what will be big news in the coming year.

1. Web3, blockchain, NFTs and crypto will continue to dominate headlines

Discussions around how gaming can integrate emerging Web3 technologies through blockchain, NFTs and cryptocurrencies aren’t new. The big players are certainly already trying to capitalize on the Web3 space, with Eurogamer in November discovering a patent from Sony suggesting it’s looking at ways to utilize blockchain and NFTs in-game.

There’s been some kickback about the quality of ‘blockchain games’ that purely focus on Web3 to the detriment of the actual play experience. Players have a keen eye for detail when it comes to what impacts their enjoyment, and there will continue to be criticism from end-users unless developers seamlessly integrate Web3 technology, or somehow use it to enhance play.

Inter-game currencies will likely continue to be added to titles owned by one central developer or publisher. Implementing a central currency is nothing new, even outside of Web3, with Blizzard’s Battle.net balance a prime example. But recent news highlighting the discovery that it’s faster to earn skins in Overwatch 2 by playing World of Warcraft - an entirely different game in Blizzard’s arsenal - serves as proof that players are endlessly creative when gaming the system. So far within the Web3 space, we’ve seen cryptocurrencies farmed in games rapidly decline in value as players find exploits, usually through bot farming. So, unless we see developments to secure against these practices, Web3 will continue to be a tough sell in 2023.

As a result of the global economic downturn, the purse strings of end-users are likely to be tightened. Microsoft announced in December that its new first-party releases will be rising to the $70 price point already seen across Sony, Activision and EA titles, also confirming this will hit PC versions of its games, not just Xbox.

With prices rising and disposable incomes falling, subscription services such as Xbox Game Pass, Playstation Plus and Nintendo Switch Online continue to look increasingly attractive. $24.99 a month for a whole catalogue of games rather than $70 for just one just makes a lot more financial sense to many gamers and will likely increasingly override the main concern of not actually owning the games you’re playing.

Considering the significant positive impact a spot on these services has on player numbers - especially on smaller indie games - we’re likely to see developers and publishers continue to fight tooth and nail for a place within subscription services in the coming year.

3. VR will continue to struggle

Year on year, we see predictions that VR will conquer the market, yet it often falls flat. Way back in 2016, Goldman Sachs forecast that VR would take over TV in annual revenue by 2025. Two years out, we’re yet to see VR reaching anywhere near that figure, and now Deloitte has predicted that VR will generate $7bn in 2023, a 50% increase on 2022’s $4.7bn, with 14 million headsets expected to be sold.

Yet these numbers don’t quite add up to the current state of the VR and gaming industries. Deloitte states that VR software will account for $0.7bn of that $7bn figure, with VR gaming making up the bulk of that. Other than a couple of outliers like VR gaming superstars Half Life: Alyx and Beat Saber however, we’re still yet to see VR gaming really capture the buzz of the rest of the sector. New tech advances combating motion sickness while in VR are an exciting development, but unless serious investment is made to create quality VR gaming experiences and break the novelty factor, VR headset sales will likely stay slow.

Short-form entertainment such as YouTube videos or Twitch streams have become a vital part of gaming marketing, and the added difficulty in recording and watching VR experiences creates a natural barrier to enjoyment, and therefore marketing efforts.

4. DDoS attacks will continue to rise in number and severity

The number of distributed denial of service (DDoS) attacks has rapidly increased in recent years, with the scale of attacks also rising. A crude but effective form of cyberattack, networks or servers are flooded by large waves of internet traffic so that infrastructure is overwhelmed.

Multi-terabit strong DDoS attacks are becoming increasingly frequent. In the third quarter of 2022 a 2.5 terabit-per-second attack was launched on the Wynncraft Minecraft server, one of the largest attacks of its type seen to date. With the scale and number of attacks increasing year-on-year, we anticipate further attacks inside and outside of gaming in 2023.

The tech-savvy nature of consumers in the gaming space places the sector at higher risk. Cyber criminals are adapting new techniques to bypass security measures, and the tools required to orchestrate an attack are becoming increasingly accessible. Enhanced security is becoming more important than ever.

5. Australia and India will be important growth markets

There are success stories about game development from all around the world, but the reality is that the vast majority of development revenue still comes from the US, China and Japan. However, games are big business and other countries are beginning to see the value in encouraging development. The Australian Government has in recent years provided grants to developers seeking to create their games in-country through its funding body Screen Australia or providing tax relief through its Digital Games Tax Offset. It will be interesting to see which other countries will follow Australia’s example in 2023 to cash in on game development.

Other markets set to boom include India and Africa, as increased access to smartphones and better internet coverage will rapidly uptick the size of the mobile gaming space. Latin America has been a significant growth market in recent years, and isn’t set to slow down soon, with developers keen to find ways to reach gamers in the region.

Player numbers are on the rise, and by the end of 2023 there will be a projected 3.07bn gamers across the world. With such a large, and growing potential market, it’s an extremely exciting time to be involved in gaming. The sector is at the forefront of practical technological advancements, placing the latest tech in the hands of consumers in the most fun way possible.

Whatever 2023 brings, we want to be involved in your gaming journey, so feel free to get in touch to discuss the latest developments, or hear how we can help de-stress your next game launch. 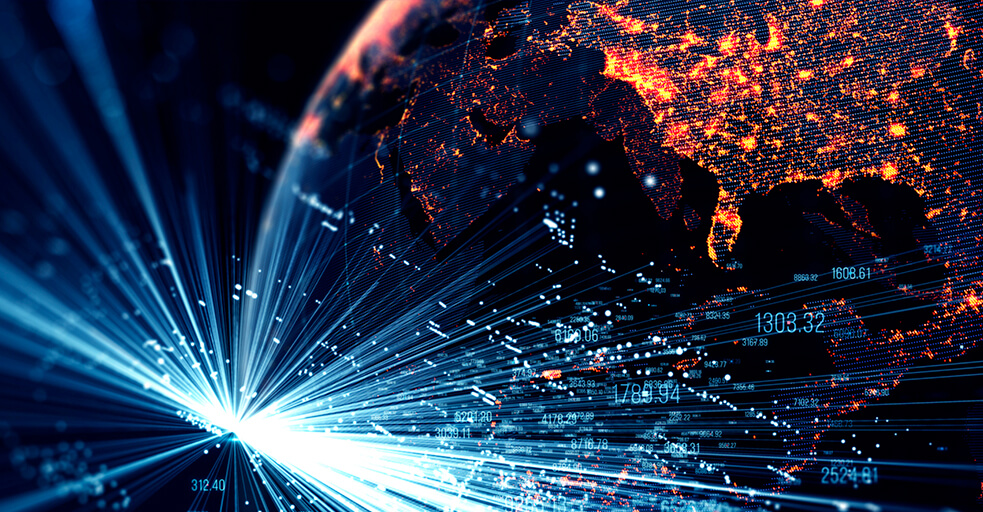 Why latency and ping in gaming are crucial to player experience.

A game can live or die by latency and ping. Find out more about how to keep latency in gaming low, including a low latency game server. 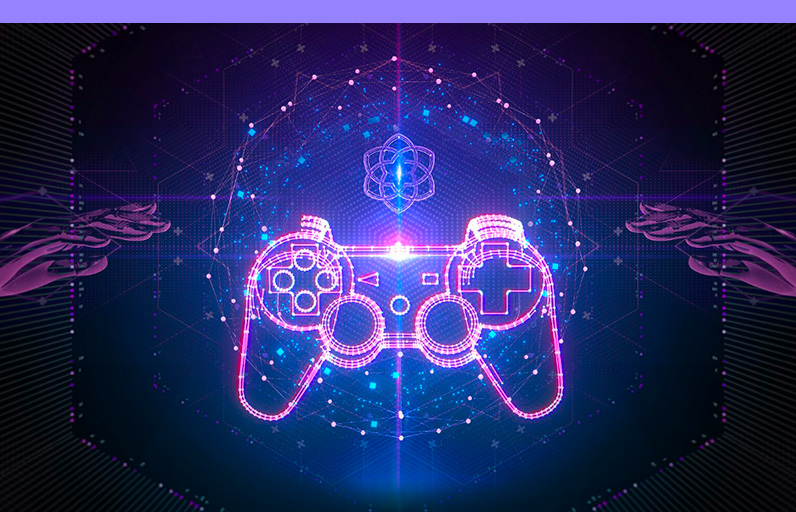 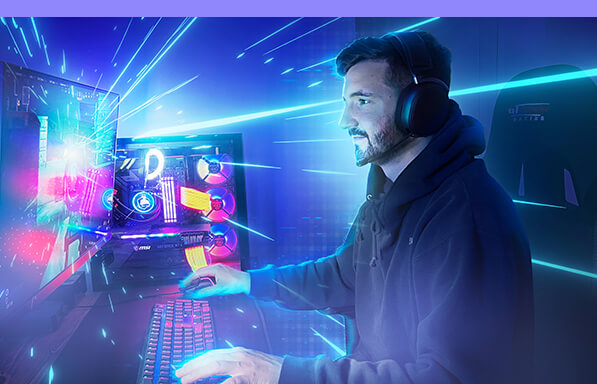 There is much more to gaming than people think. It makes it a diverse, exciting, and wonderfully informal industry in which to host infrastructure.