Getting Started with Firewall

In computing, a firewall is a network security system that monitors and controls the incoming and outgoing network traffic based on predetermined security rules. A firewall typically establishes a barrier between a trusted internal network and an untrusted external network, like the Internet.

We provide a network-based, fault-tolerant, stateful packet filtering firewall service that is used to block all incoming and outgoing traffic that isn't expressly permitted. Our firewall supports TCP, UDP, and ICMP protocols.

- Fault-tolerant thanks to redundant hardware, network and power;

- Monitors TCP handshakes and drops all packets which aren't associated with existing sessions.

- Protects your hosts from packet-filtering workload by preventing unwanted traffic from reaching your hosts;

- Reduces the surface for hacker attacks by filtering traffic that isn't expected on protected hosts;

- Protects your hosts from leaking data due to software miss-configurations.

The service is available in selected locations. Please refer to the Firewalls section in the customer portal to check availability.

The service fee is a sum of:

- A flat-rate fee, per each firewall instance;

- Usage-based fee for all the traffic allowed to pass through the client's firewall instances.

Actual prices are shown in the customer portal during the firewall instance creation time: 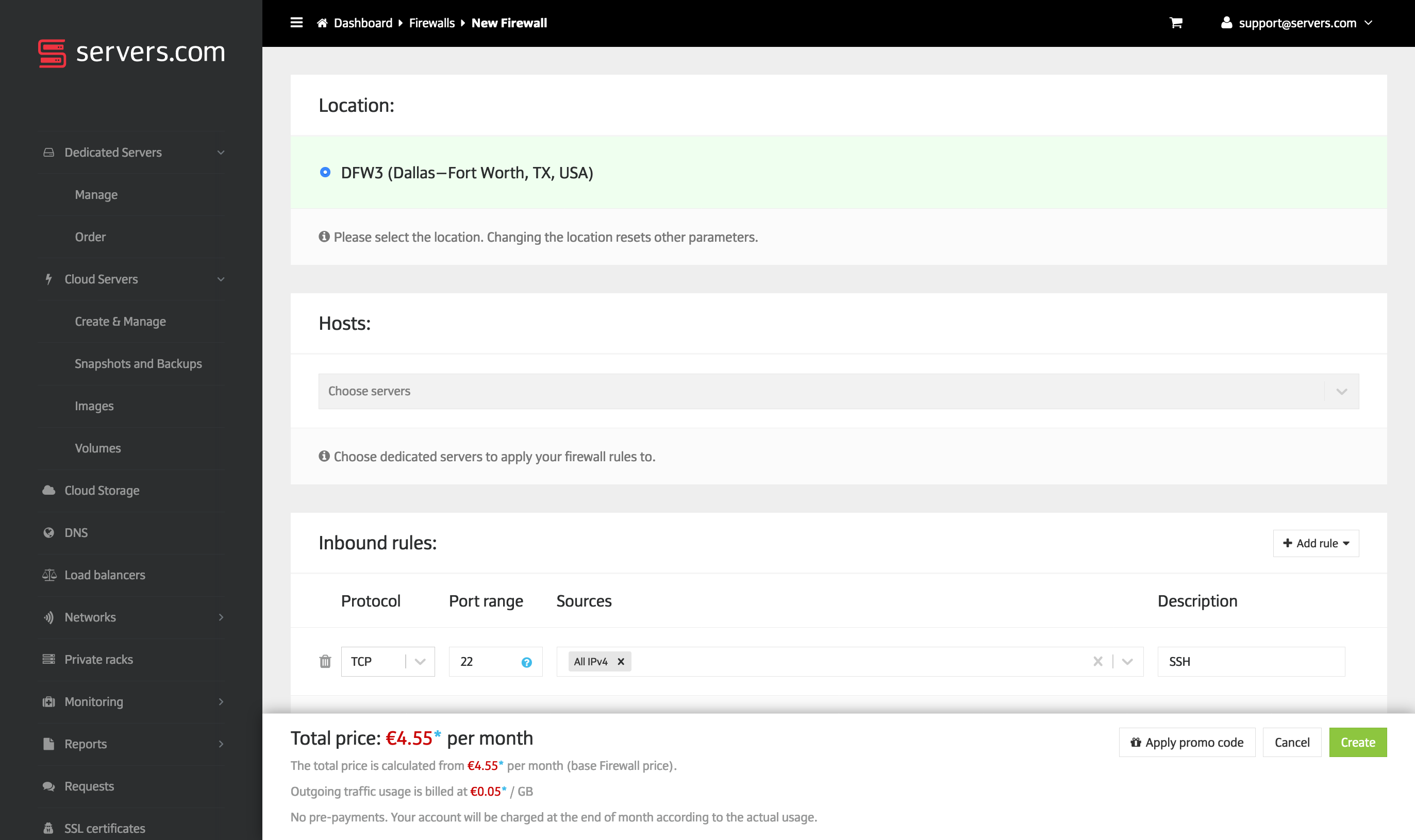