How to disaggregate network interfaces on a Proxmox server

This instruction guides you through the steps of link disaggregation on a Proxmox server. The process consists of actions performed both on the Proxmox server end and on a switch.

It’s important to start by noting the difference between link aggregation and redundancy.

Link aggregation is a way of uniting network interfaces to merge throughput capacities and to provide fault tolerance if one of the links fails.

Redundancy enables the second network interface via a switch within a public or private network.

In some cases, it's enough just to disable redundancy. The second public or private interface will be switched off via a switch and only one physical port will remain at your disposal. However, an IP address will be still assigned to the aggregated channel.

This operation will lead to the Proxmox server's unavailability as long as the server and switch configurations of bonding don't match.

1. Open `/etc/network/interfaces` with a text editor

2. Edit the configuration in accordance with the sample below (settings for disaggregated interfaces):

3. Save changes and restart a networking service by performing the command:

4. Perform disaggregation in the Customer Portal: 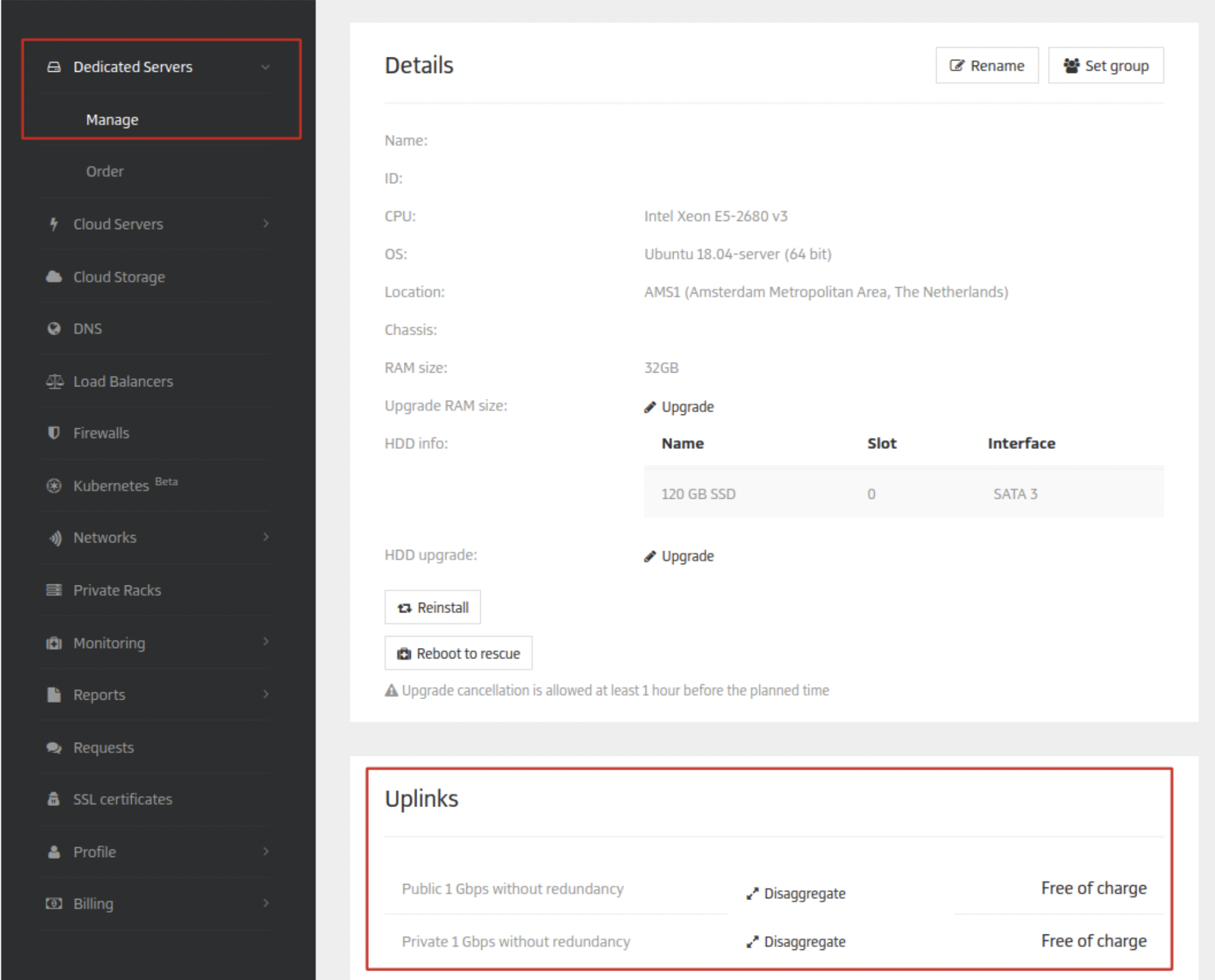 How to provide the technical support team with network diagnostic results